We're proud of our achievements

New in 2015, the patterned pelican bib by Skibz is proving popular! The Catcherz bib with the scoop pocket for catching food spills won a silver award in the 'Best Weaning Product' category in the 2015 LBP Awards. Well deserved? We think so!

Skibz are delighted and proud to have been voted Bizziebaby Silver Award winners in the Feeding – Bibs Category for 2013/2014. The award goes to our Doublez  range of premium reversible 100% cotton dribble bibs with designs on both sides, and a cleverly gathered centre to ensure the Skibz Doublez sits beautifully without adjustment.

A premier website for UK parents, Bizziebaby specialises in testing and reviewing a wide range of products for babies, children – and their parents too. 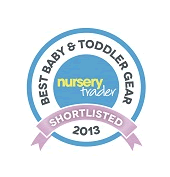 The award-winning company Skibz, who brought the world’s first dribble bib to market, fuelling an abundance of similar products, have produced another ‘first’ with Snoodz and Mitz – multi-purpose sets of hats and mittens that stay on all day!  These  amazing new children’s accessories have now been shortlisted by the highly regarded nursery commentators and stockists ‘Pushchair Trader’ in the ‘Most Innovative Product £0-50’ in their ‘Best Baby and Toddler Gear Awards 2013’.

Helen Bristol, Skibz Managing Director says; ‘We are so proud that Pushchair Trader have chosen our Snoodz and Mitz as one of their products shortlisted for this prestigious award, especially as winners will only be chosen after undergoing an extensive consumer review process! Keep an eye out for our competitions on all Pushchair Trader’s social media outlets – you could be among the first to own an exclusive set of these fantastic new products from Skibz – just in time for winter!’

The award was given by SOEX, a branch of the Chamber of Commerce and Industry of the Russian Federation and the largest independent inspection company in Russia. They look at the quality of the item, and put it through a rigorous testing procedure to make sure it does what it says on the tin, so this is a really great and totally objective award. 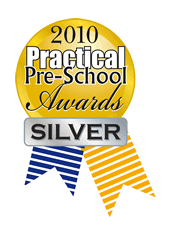 Skibz, makers of the original stylish dribble bib that looks like a fashionable bandana, are delighted to receive a 2010 Silver Award from Practical Pre-School. It has been awarded for the new super soft, Organic range specifically designed for newborns and young babies. The Practical Pre-School Awards identify and reward new and innovative products. 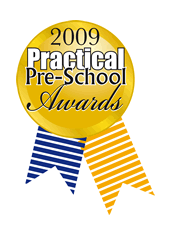 Practical Pre-School, the magazine and web site for childcare professionals in the Early Years Foundation Stage, awarded Skibz a Gold Award in the Childcare category of their 2009 awards.

Their tester said of Skibz:

"This product was delightful! Skibz is like a bib but much thicker. Great for teething babies as very absorbent when they are dribbling and soft so that they don’t cause any chaffing around chins and necks. The press studs mean that it’s very easy to put on and fits all sizes of baby and toddler necks.

The lovely quality means that they’re an ideal present for a new baby. I have already recommended it to friends!"

Eager mums put hundreds of items through their paces for the 2009/10 Parenting and Pregnancy Magazine Awards. After a rigorous testing and judging process, Skibz were thrilled to be amongst the finalists.

2009 British Female Inventor and Innovator of the Year Award: Finalist

The BFIIN is an annual award that recognises and promotes the success stories of women in the UK in the areas of engineering, design, technology and manufacturing. All entrants for the award have come through the challenges of turning an idea into reality.

The awards are run by Global Women Inventors & Innovators Network (GWIIN) the international network which aims to increase the number of innovative women embracing enterprise.

In June 2009, after a competitive selection and judging process, Skibz Managing Director, Helen Bristol, was recognised for her achievements in business, receiving a Special Recognition of Achievement award from the British Female Inventors and Innovators Network.

“Many women in Britain have got commercially viable ideas and they have an incredible range of skills and talents,” says Helen. “I’m thrilled that my achievements with Skibz have been recognised by BFIIN.” 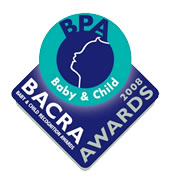 Every element of the nursery industry comes together at BPA’s prestigious award programme, the BACRAs.

BACRAs recognise the latest and most innovative products on the market and Skibz were thrilled to be amongst the finalists for this prestigious industry event. 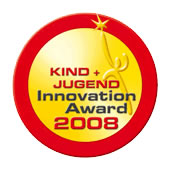 Kind und Jugend in Cologne, Germany, is the leading global fair for the baby and toddler outfitting sector. Their Innovation Award honours outstanding achievements within the industry.

This was our first international trade fair and the judging panel shortlisted Skibz as a finalist for its innovative qualities and benefits.

Reviews
Find out more
What the Celebrities Say

Don't just take our word for it...

We're proud of our achievements

See your baby in the spotlight

Latest news from the innovative world of Skibz

Find out more
In the Press

See what the press have to say...